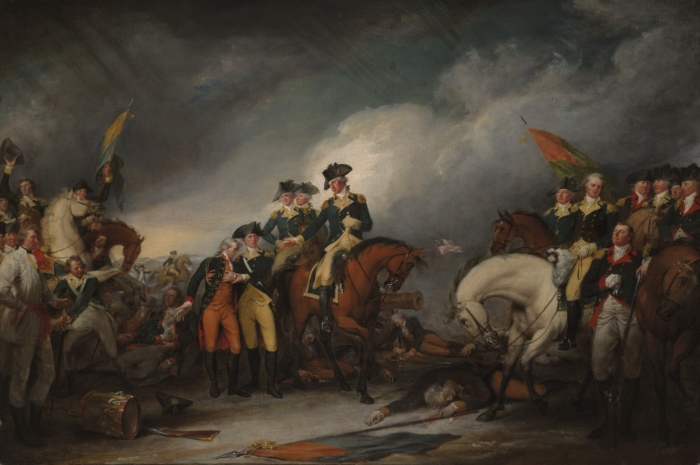 On July 4th, 1776, fifty-six American patriots from thirteen colonies, (soon to be known as the United States), “pledged their lives, their fortunes, and their sacred honor”, in signing The Declaration of Independence from a tyrannical and despotic Great Britain.

I doubt these patriots could have envisioned the growth, greatness, and compassion of these United States in the intervening two hundred forty-three years; or the recent chaos, hatred and total disrespect toward the sanctity of “human life” in these United States, as evidenced by some of their American descendants. The Preamble they wrote to the Declaration of Independence states unequivocally “We hold these truths to be self-evident, that all men are created equal, that they are endowed by their Creator with certain unalienable Rights, that among these are Life, Liberty and the pursuit of Happiness.”

Unfortunately, three of those words: “Creator, Life, Liberty”, are despised by the Democrat Left, and twenty of their presidential candidates, whose soulless positions and disrespect for the ‘sanctity of human life” now extends to the newborn, as well. Nowhere in our Declaration of Independence, or Constitution, does it state or give power to any state, Governor, or legislature to “authorize, approve, or enforce” the taking of an innocent American baby human during its’ Mother’s pregnancy, or on the very day that baby is born! Yet, Democrat governors and legislatures in New York, New Hampshire, New Mexico, Colorado, Rhode Island, Vermont, Oregon, not only passed laws allowing the taking of a healthy baby’s life, as he or she emerges from the Mother’s womb, but unabashedly celebrated their hedonistic handiwork as well!

By their barbaric actions, these ‘so-called civilized’ democratic states have legalized infanticide with the same inhumane disregard for human life as the National Socialist German Workers Party did in the NAZI Holocaust, taking six million Jewish lives between 1939-45.

How is it then, two hundred forty three years later, that America, whose very foundation is based on the Preamble to the Declaration of Independence (“that all men are created equal, that they are endowed by their Creator with certain unalienable Rights, that among these are Life, Liberty and the pursuit of Happiness”) has now descended into the abyss of infanticide and the cesspool of hedonism, under the guise of “choice”?

Once upon a time, most Americans believed that every human being was made in the ‘Image and Likeness’ of God, their Creator’, Genesis 1:27. And, in the words found in Proverbs 139:13-14:

“For you created my inmost being; you knit me together in my mother’s womb. I praise you because I am fearfully and wonderfully made; your works are wonderful, I know that full well.”

Do we Americans really “know that full well”? I fear too many Americans today have turned their backs on God and our long-established moral and ethical guidelines of human behavior. The result? The fragmentation of our people and our country.

Americans are blindly ignoring this most serious threat to our country, our culture and civilization, not by a tyrannical Great Britain back in 1776, or another Foreign power, but by our own apathy and duplicity to the taking of innocent human life in and outside a Mother’s womb. Dietrich Bonhoeffer a German Lutheran Minister who was executed by Hitler for speaking out against the slaughter of the Jews wrote before his execution: “Silence in the face of evil is itself evil; God will not hold us guiltless”.

As a Christian and Pro-Life American husband, father, and grandfather, I believe the American people must wake up (like our forefathers did in 1776), and acknowledge the only key to peace and “Life, Liberty, and the Pursuit of happiness” lies in a strong reliance and relationship with God, our Creator, and the Author of Human Life.

To do otherwise invites what President Thomas Jefferson feared in 1776: “God who gave us life gave us liberty. Can the liberties of a nation be secure when we have removed a conviction that these liberties are the gift of God? Indeed I tremble for my country when I reflect that God is just, that his justice cannot sleep forever?”